Skip to content
Previous Next
Parasites That Infect Humans

We often don’t think parasites can be a big risk to ourselves and indeed it’s not appealing to think about, especially when you are eating! However, parasitic infections are very common and most of the time, these infections go unnoticed. A high percentage of people throughout the world live with a worm or other parasite. As close as we may be with these organisms, they are not symbiotic – they can cause awful diseases as well as nightmares!

The most important thing to have is an awareness of these diseases, so you can prevent them. Meticulous hand washing with soapy water (and ideally wearing gloves when preparing food), thorough washing of fruits and vegetables, and proper cooking of meats are vital strategies to lower your risk of catching these spooky parasites.

Let’s look at these parasites up close 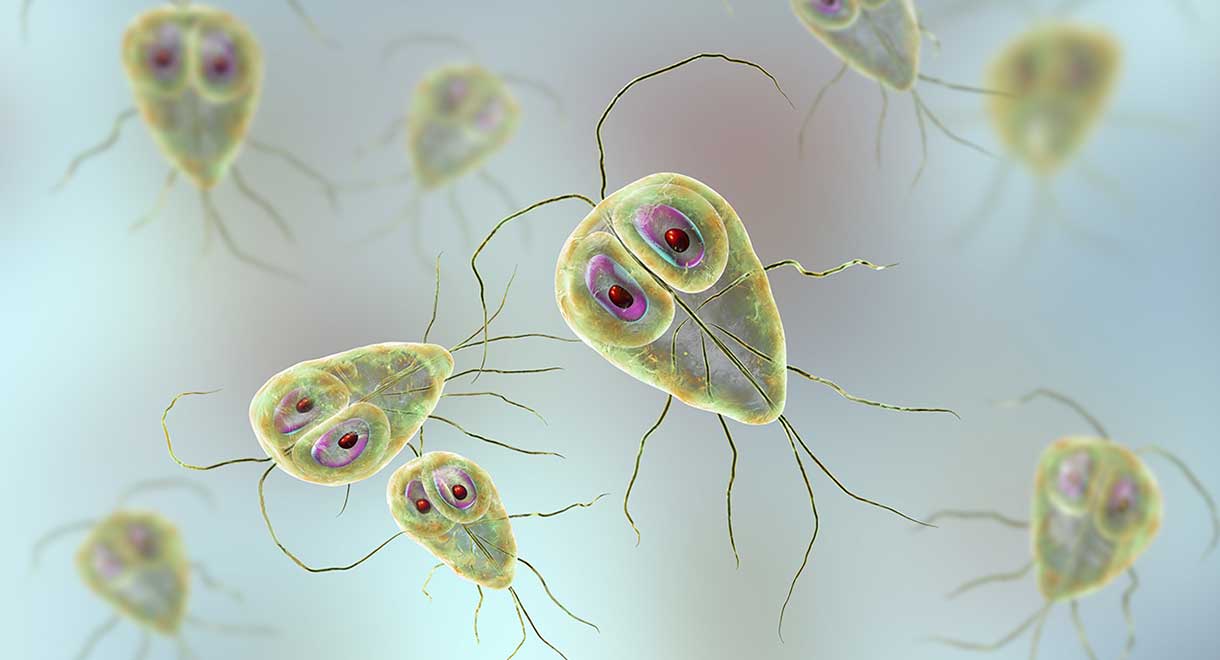 Protozoa are microscopic, single-celled organisms which reproduce very rapidly in the intestines. They can spread to other organs such as the liver, pancreas, lungs and heart. Protozoa have an indefinite lifespan.

Examples of protozoa include: 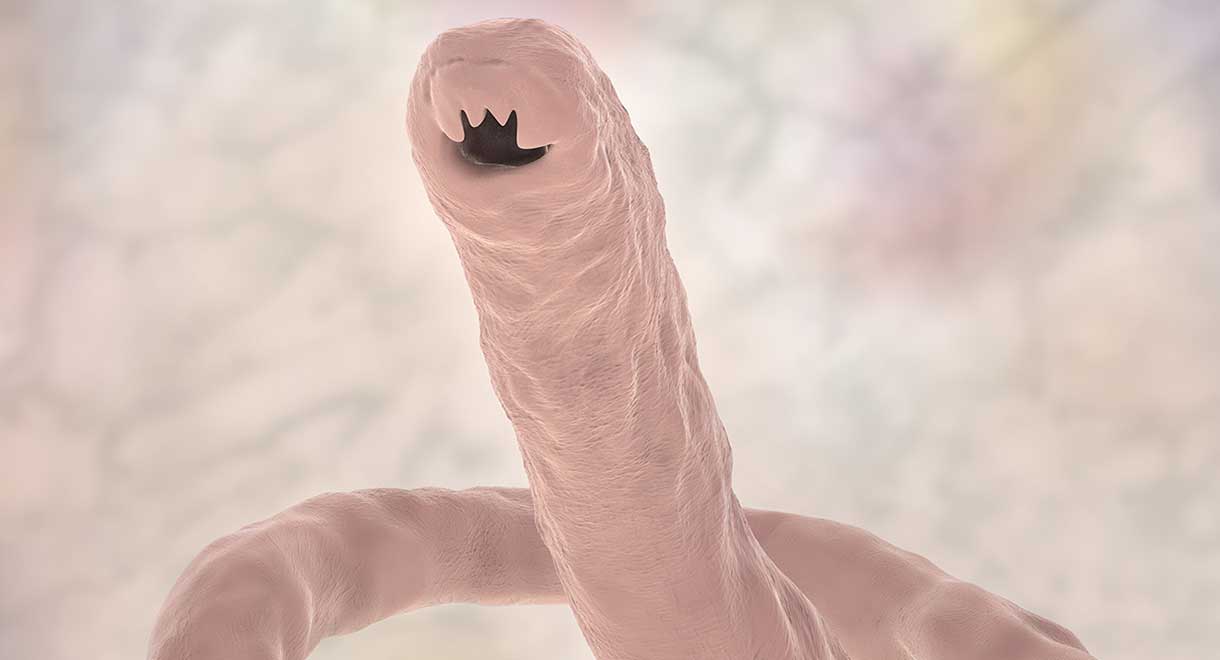 These are unsegmented worms which produce eggs that need incubation in soil or in another host before becoming potentially infective to humans. 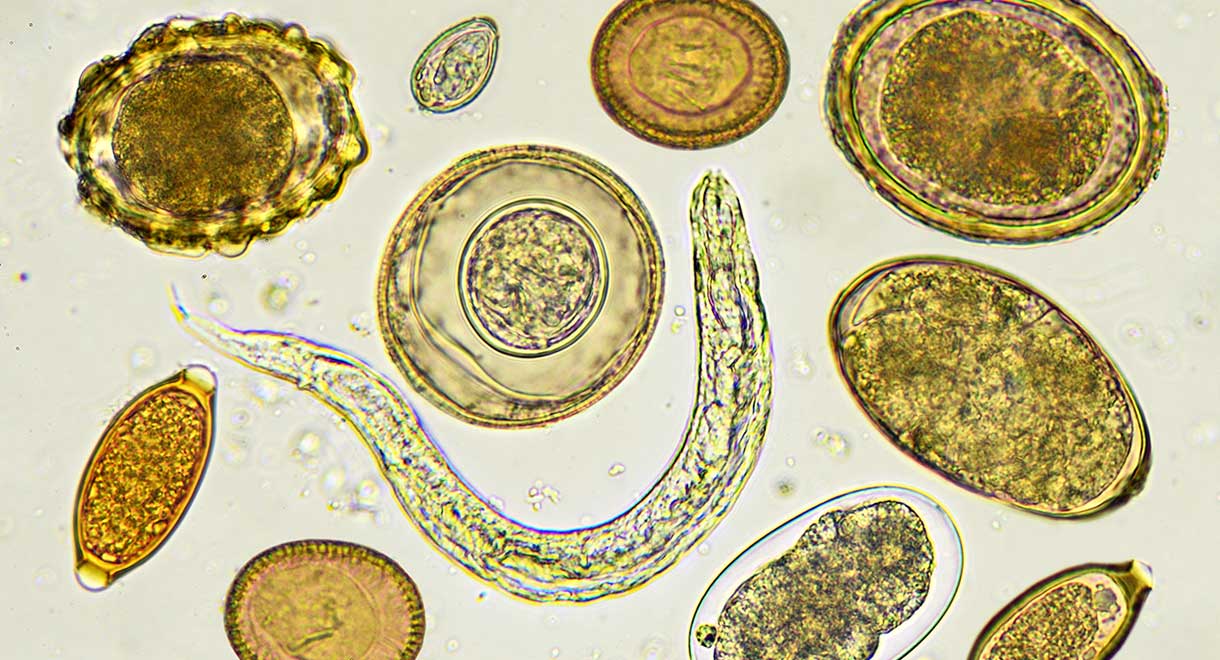 Tapeworms are flat and segmented and shaped like ribbons, and can grow to very large lengths. Tapeworm larvae can be found in undercooked meat or fish. From the larvae, the worms grow and develop and attach to the small intestine. The tapeworm lives in the small intestine by absorbing nutrients from ingested foods. Tapeworm infection often produces no symptoms, but nutritional deficiencies may arise, as it steals nutrients from the host.

Tapeworms can steal our nutrients, block our intestines, and take up space in our organs. A tapeworm cyst can lodge in the brain, eye, liver, and other parts of the body. 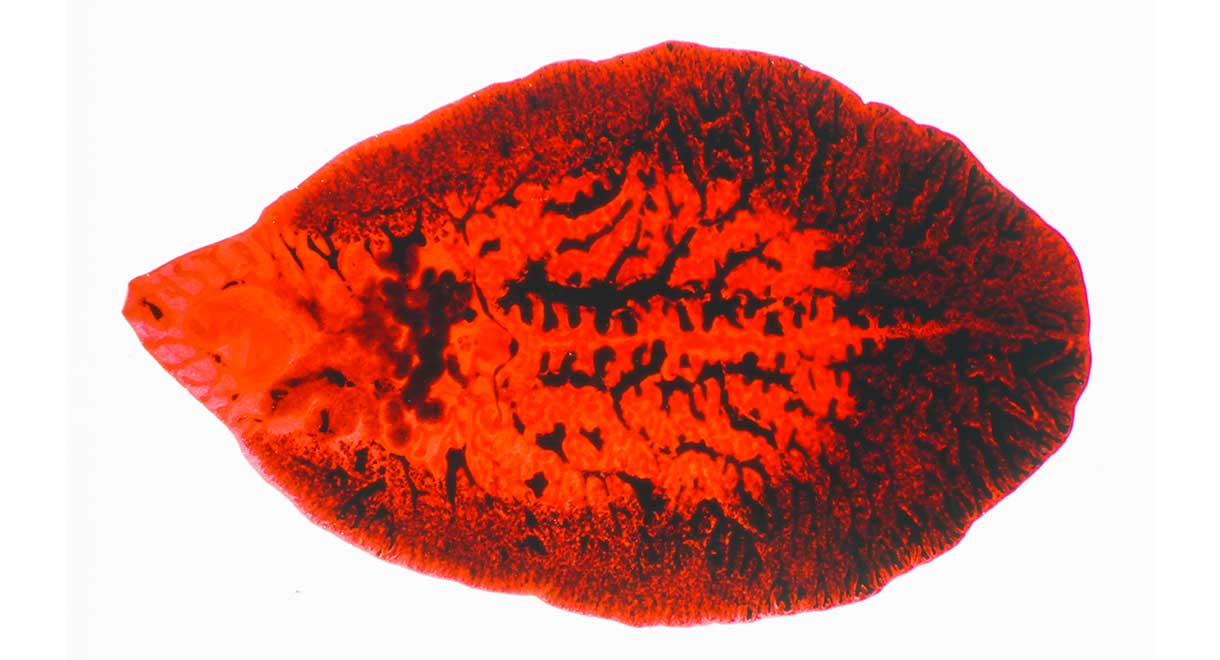 Trematodes, or flukes, have an enormous impact on the health of humans and infect over 200 million people worldwide. Flukes are flatworms and are leaf-shaped and attach to the host using abdominal suckers. It usually begins its life cycle in snails as larvae that then infect fish, vegetation, or humans. Flatworms can travel to lungs, intestines, bile ducts, heart, brain, and the liver.

Drugs to treat infections with protozoa

Drugs to treat infections with roundworms and hookworms

Drugs that rid the body of parasitic worms are known as anti-helminthic drugs. Examples include albendazole and mebendazole. Infections are generally treated for 1-3 days. These drugs are effective and generally have few side effects.

The most commonly used drugs are Praziquantel (Biltricide), Albendazole (Albenza), and Nitazoxanide (Alinia).

Fluke infections are treated with the drugs praziquantel or triclabendazole. If the brain is infected, corticosteroids may also be given.

There are herbal extracts and oils which have natural anti-microbial properties, and can be used for several weeks to several months to reduce the risk of catching intestinal parasites and to prevent them from recurring. These natural remedies can also be used after a course of drugs is taken. Many people have parasites and they are not always easy to detect in tests of the feces. Using these natural remedies may resolve your symptoms.

Tests to see if you have parasites

Your doctor can order a stool ova and parasites test to determine if there are parasites and/or their eggs in your stool (feces). It is an easy and inexpensive lab test and is commonly requested. Your doctor will probably ask you to collect a sample of your stool at home and drop it to the laboratory for testing. The laboratory will perform a microscopic examination of your stool sample. A wet mount preparation is examined for the presence of eggs. It is recommended that three or more stool samples are collected on separate days and each sample needs to be examined. The laboratory may request you to put your stool specimens into special containers with preservative fluid. Specimens not collected in a preservative fluid may need to be refrigerated, but not frozen, until delivered to the lab, so make sure you get exact instructions. Your doctor may request that the laboratory uses specific stains or that special tests be performed to look for parasites not routinely screened for.

An excellent resource that covers all the parasites that infect mankind can be found at www.cdc.gov/dpdx/az.html

The above statements have not been evaluated by the FDA and are not intended to diagnose, treat or cure any disease.